Proactive companies are finding that chat not only works in assisting website visitors; itʼs also an effective selling tool.

Nearly one in five online consumers in the United States has used chat for customer service over the past year, according to Forrester Research. While chat serves as a powerful channel in which to offer service to customers online, companies are finding that chat can also act as a compelling sales tool, with conversion rates and average order values increasing when activated during the purchase process.

Kelly Ford, head of marketing for LivePerson, says that the focus on chat deployments has shifted within companies. While primarily used for service in the past, chat is increasingly being woven into the online sales process, because, on average, companies are seeing a 20 percent boost in online incremental sales from chat.

Damien Acheson, product marketing manager for LiveHelp at ATG, echoes Ford, saying that the lines between marketing, sales, and service have become increasingly blurred, and he too is seeing chat being used more often by sales organizations. Often, he says, customer service executives are collaborating with heads of sales and marketing when selecting chat tools.

According to Forrester, the idea of a proactive chat invitation will have growing appeal to both midsize and enterprise-level companies as the number of organizations that can attribute increases in average order sizes to chat grows, and as consumers who encounter such invitations trend upward.

mers exhibit signs of frustration. For example, if prospects hover over a special offer for more than a minute and a half, the system automatically initiates a chat conversation.

In April the company deployed chat within the meetings and events section of the website—a unique strategy in the travel sector. The goal is to provide additional communications and support for meeting and event planners as a way to help increase RFP (request-for-proposal) conversions. The team of three agents, which receives technical and meeting knowledge classroom training throughout the year, answers questions on topics ranging from room accommodations to catering. Since deploying chat in the meetings space, Omni has realized a 50 percent boost in chat-driven RFPs, with more than half converting to prospective business for the hotel brand.

On the meeting side, it’s typically a long lead time, says Kerry Kennedy, Omni Hotels’ vice president of ecommerce. The goal there is to make sure [visitors] have all the information they need, are aware of specials, and have an intimate knowledge of the hotel.

The overall chat initiative in both the leisure and business areas of the website has produced an 18 percent increase in online conversions for Omni. As a result, Kennedy says, the hotel chain is examining the possibility of using mobile chat and click-to-talk.

Chat doesn’t always have to be with a live agent to be effective. Kegel Harley- Davidson/Buell, the oldest distributor of Harley Davidson motorcycles in the U.S., deployed an FAQ avatar agent from Inteliwise in March called Vicki. Dressed in biker clothing, Vicki responds to people’s questions about purchasing a motorcycle, and asks prospects to enter their name and phone number.

Bob Smedley, head of IT, says Kegel Harley-Davidson/Buell expects Vicki to be responsible for a minimum of one sale per month.

[Chat] starts the first step in the purchasing cycle, Smedley says. I think that over time it will be a good investment.

Using chat for sales requires a different set of skills in terms of written communications and technical expertise. LivePerson’s Ford says the issue of labor is the top challenge among companies looking to deploy chat, whether the technology is used for sales or service.

[Companies can] optimize the program, the rules, and agent productivity, but at the end of the day, a lot of success is placed on the agent, Ford says. You need someone who is working online and has Internet etiquette and is accustomed to writing in a certain way.

Make sure you get the chat strategy right from the start, he says. If you do it in a haphazard kind of way, you will not see the business results. 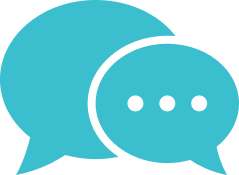